Blogs don't have to be useful compendiums of knowledge, especially bike blogs, since you learn all you need to know by simply riding or keep on suffering, whichever you prefer. Nobody really explains how to drive automobiles better or safer. That's probably why car accidents are a key scourge, kill more people than gun violence, infectious diseases, or international wars. Scofflaw motorists should be severely sanctioned. The fastest way to increase safety would be deny, revoke and suspend more licenses. But automotive greed, carnage profits, and lazy habits won't ever allow. It's the American Way to promote stupidity.

Known for spending tens of thousands of hours astride a steel steed, Labann gets asked how to bike better. A glib reply, "Read the book!" Mostly, though, they mean, "How can I to go faster?" Honest answer, "Lose weight!” Any decent roadie is already two thirds lighter than a cheap Flying Pigeon or 1970's Schwinn ten-speed. But all are within 30 pounds of each other. You yourself must jettison ballast. Every extra 5 lbs of flab acts as if you’ve tossed a grocery bag of sugar in a knapsack, maybe a couple of 2 liter bottles of soda, to lug around. Condition yourself to mount latrine before you embark. Simplify diet. Eat no more each meal than what you can fit in your closed fists plus all the undressed salad and veggies you can stomach. Yeah, a drizzle of dressing has far more calories than a pile of greens. Fill up on fruits for dessert. Hydrate religiously; it takes a gallon of water to metabolize a pound of fat, and water lubricates muscles. Body mass will disappear faster than you can shop for new clothes. 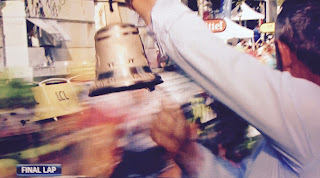 However, consider this: Anything faster than 12 mph means you're forced to focus on road and miss scenery. Velocity is no blessing. Haste causes waste. A quick pace does mean more ground covered, possibly rivals durations of automotive trips, and suggests fewer gym visits. But attaining 35 mph or more can be life threatening and nerve-racking. At 65, most bikes vibrate so badly they seem almost liquid, like a Dali watch or overcooked spaghetti. Adopt a steady pace. Get used to quadrupling distance in miles to derive your ETA in minutes. All bicyclists collectively average only 12 mph. Twice that wins world class races. Not many watts separate ordinary from remarkable output.

Beyond dragging weight, other WET blankets to scorching include, in order of severity: 1) Wind in your kisser, 2) Equipment insufficiencies and ergonomic issues with bike fit, and 3) Terrain problems such as poor surfaces, steep hills, and unfriendly roads.

In a tempest drafting in echelon or paceline works, but only in a group. Alone, you could choose routes protected by buildings or trees. Climbing a hill may shield you from gale that prevails. Reasonably fit cyclists can climb a routine slope at double digit speed but slow to single digits on open flats into steady wind. Sometimes it almost feels like you're pedaling in place. Gripping handlebars drops sets you in a low, more streamlined, position. Racers further straddle top tube to optimize downhill speed. Oiled chains, shaved legs, and smooth hubs probably only psychologically hasten.

Racers and weekend warriors all know how to charge hills; they ramp up right before a climb to build momentum that carries them up. This shaves seconds off time to finish. Shifting into the right gear to maintain highest crank cadence does prove faster than slowly grinding. Muscle tone and personal anatomy determine whether you can exploit longer crank arms or triple crank arrays. Professionals among several sports speak of repetitive speed chains as performance enhancers. Turns out, latest research reported in the New York Times proves interval training best increases endurance. Extended sessions and regular effort will earn you the right to outdistance any bike path challenger whose self esteem depends upon passing whomever they see ahead. Preparing to surpass you, some spent entire winter in spin classes where nobody moves relative to another. Maddening, but does mimic peloton, after all. It’s cruel to let them think they are winning their unannounced races only to leave them in your dust. The old saying holds true, “It never gets any easier, you just go farther faster.”

Dozens of things regarding how bike doesn't suit its rider might decrease efficiency. Fat, low pressure tires increase rolling resistance. Frame could be too small to harness rider's strengths. Not wearing stiff cleats clipped into pedals sacrifices leverage. Saddle could be too far back or low to maximize thrust. Pays in time saved to have an expert fitting in the apparel and cleats you'd actually wear. When properly set, knees don't flail outward but thighs push down directly and efficiently on pedals. What you wear also matters; clingy spandex frees moving body parts and wicks away sweat; padded shorts reduce discomfort that distracts from diligent effort. If you leave your bike unlocked, you might spend an inordinate amount of time chasing, replacing, or walking.

Surfaces and terrains can be chosen, but you must deal with whatever you find. Plan routes to take advantage of easy grades and light traffic. Racers sprint toward hills to train on, because best climbers and sprinters are those who repeatedly stand atop podiums. Steer around gravel, holes and sand. Bumps hurt butt less when you stand. Smooth surfaces are always preferable. You might notice an ideal line where wheels of cars and trucks have worn a smooth groove. Then again, at intersections shoulders may be smoother than travel lanes buckled from braking trucks. 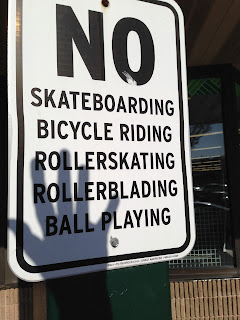 Traffic planners seldom realize that bicyclists exist. Detours due to planner neglect could amount to hours. Sometimes you may have to cut through a parking lot or take a sidewalk to traverse a street one-way against you. Consequently, signs on roads are mostly to control motorists, not you. Bicyclists might as well treat red lights as if they were yield signs, or take advantage of lulls between changes to cross in pedestrian lanes. If you ride a bike as if it’s a motor vehicle, you’re just as prone as a motorist to getting plowed into, and likely spoil fun. If shoulder space allows, you can charge a red light far ahead, which may turn green before you get to it; if already green, better slow down, because you’ll have to unclip and put down a foot, which takes more time than continually hovering and slowly rolling.

Only when you combine all these tips do you significantly reduce overall time. Ironically, the more you get around using an apparently slow conveyance the more time you ultimately save. Just don't expect to be winning stages of a major tour without years of practice handling bike and everything else you'll encounter. Ignore what everyone else expects. Be comfortable with how you perform. Every trip by bike celebrates your continued vitality.