A month ago commuted by bike on year’s shortest day, not even 9 hours of sunlight locally. Arrived for a short shift humiliatingly late and hypothermic despite layering, including neoprene booties, but left for holidays early enough to avoid desperate, did-not-expect-a-bicyclist, distracted, drowsy or drunk drivers, enjoy a sunlit return without freezing, and freakishly feeling a funky urge to relay these details with anyone seeming to give a ficus. Every winter ride becomes a special memory, or, as Michael Wagner asserts, “Sometimes victory counts just by getting out.” Unfortunately, whatever personal info you reveal may be used against you by some lout. Yet how can anyone find satisfaction, survive, thrive, or trade without communicating something informative or intimate? No rewards arrive unless you assume risks.

Demigods dictate, ”Good authoring cannot be achieved in a vacuum.” Well, duh, there wouldn’t be anybody to tell or anything to discuss. As social animals, humans interact upon instinct alone. An author who validates bad behavior will find favor and may savor all that can be done by a savior. Gloomy seekers of truth get bored, gored by critics, and ignored by readers. Consider books by philosophers who built proverbial houses of cards on then current thinking, dropped dead, and later had historians condemn their bona fide insights as unreliable bunk based on sea changes original text caused. Nietzsche got nailed to a cross after Hitler named him as an influence. Unfair to condemn monumental contributions, but unstoppable is the momentum to topple arbitrary conventions and entrenched institutions. Out with the old, but what of the new? Not necessarily gold or improved replacment.

Dog chasing or snake eating its own tail, spinning carousel out of control, or stupendous delusions upon which all religions and sciences are based? No metaphors mandatory, stumbling towards eternity will always be a consistent thread in mankind’s history. In first of two versions, things reliably work as long as gods are repeatedly placated by sacrificed virgins. In other model, principles are inviolable as long as chance isn't introduced at origins. Must you embrace theories after applying logic to exploiting examinations? Every false dictum exaggerates predictions and justifies misconduct.

In reality, crap inexplicably happens, dogs and locusts have their day and purpose, luck prevails, most lose, and winners die sooner than their tactics were worth. Order entwines pandemonium. When you expect things to work well they perversely won’t. Ready writers no longer pocket a flip book and 2 pens; they take out smart phones and text themselves for easy edit/input. But paper and pen still back up dead batteries and dropped connectivity, which happens more often than technologists admit. Embrace chaos, because life only gambles upon unlikely scenarios where spasmodic snuggles punctuate survival struggles. Uncertainty threatens. It's your mission to sort what's routinely repeatable from what's totally unreliable. Yet they stage contests precisely to highlight whoever emerges victorious; spectators appreciate most those games that go down to the wire, lost or won on a single instance.

If mankind expects to survive as a species, barriers must be broken, coalitions formed, and isolation overcome. Societies must allow all members to pursue goals, and permit least members to play roles. Requires incessant communication, yet universal communion is impossible, and any movement toward would split into factions at each other’s throats. Metaphors hinder human communion. However, how very like a garden is a blog? To present a crisp salad of ideas and opinions you have to weed out pointless drivel. You must attend daily, at least weekly, not just monthly - lest blog get overtaken by pests - cultivate growth, deadhead what's done, feed with plenty of manure, and sprinkle every few days to maintain growth. Data net resembles roadnet, since each traveler carries an important pack of knowledge and skill in a flesh sack encrypted by confusion, need and will.

Mostly for money, this wizard of a lizard dropped a blizzard of words, over 30,000,000 in 100,000 printed pages, across 6 decades. Dumped it all into a sea of indifference only to drown or float bloated and wrinkled. Metaphors can be labored recreation, but they seldom explain anything better than straightforward simplicity. Intended to rethink what was encountered and remembered for over half a century. Instead, it became a mission to explore reality, a topic defined by its enormity. Reality amazes, requires no embellishment, and stands confidently. Those who find it boring just don't look carefully or take it for granted. Had several tools, but needed more bodies, because you can't meet such a goal alone. Hoped to enlist readers, who failed to report. Therefore, aspiration succeeded, but collaboration failed.

Those in history who've had the hugest influence orated to listeners with issues but never wrote down a single word. Doesn't mean they never existed, but does raise suspicions. Ironically, Labann is a pseudonym, so stood in, like Shakespeare, for some individual or group who didn't want to be identified and persecuted by bullies or despots. Some say nothing. Majority respects silence, though menacing assassins shut up, sneak up, and take up tasks seriously, so trust must never be recklessly bestowed. Yackers infrequently say anything meaningful, instead alienate everyone with whom they come in contact, yet may inadvertently disclose details worth knowing. Oracles, prophets and sages said little but suggested immense changes that privileged powers suppress as soon as sprung. Yet saying is not writing. Even when broadcast or recorded, statements can be and often are later denied; testimony can be twisted. Writing equals evidence in court; somehow people connect validity with the effort writers took to get what happened or was imagined into print, although publishers may not corroborate facts and reasons why are typically fabricated.

Adam Conover quotes Peter Norton and ruins your bliss by debunking myths upon which they are founded. Sure, it's done humorously and randomly, meant only to con and confuse audiences; he doesn't obsessively and systematically deprogram as does yours truly, but surely it's a credible start to losing delusions and thinking pragmatically. Craving and doubt precede enlightenment; thereafter, both are shed. Don't get fooled and used. Do honor sentiments expressed at Berkeley food company Annie’s; absolutely, love Mother Earth, so ride a bike to work whenever she doesn't try to blast, drown, freeze, pelt with graupel, hail, or stinging raindrops those she didn’t design to handle yet imposes upon anyway. Plod on resolutely in dark, fog, gloom, mist, but preferably shine. A couple of Organic Chewy Granola Bars fits nicely in a jersey pocket and rejuvenates you when bonked. So reaching out to bicycling community isn't such business buzzkill as most companies believe. 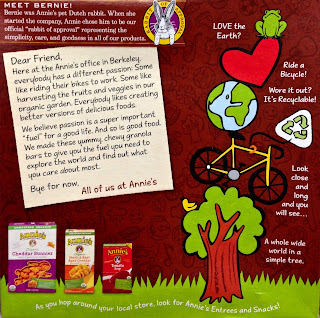 “Is”, always third person single present, sounds several echoes: "consists of", "equals", "exists", and, lately, "Islamic State". Except for use as “exists”, it justifies illogical worsts, lists unrelated aspects, and suggests A equals equally dissimilar B. Metaphors rely on "is" to pretend to explain the inexplicable in terms of the commonplace; at least similes possess factual accuracy and good sense to include “as” or “like”. Poet Wallace Stevens had that doleful line, “Let be be the finale of seem,” to call death what it is, an indelicate termination of all that matters, life itself.

A theocracy doesn’t care who meets eternal justice as long as some insane cleric’s endless lust for money and power are continuously sated. Responsible folks fight through desperate times by denying self and saving for future and heirs. Nevertheless, majority are deep in debt. Windfalls don't last, get spent. The enemy is anyone who has so much stockpiled they don't know what it's for. Money and talent are tools with which you can create opportunities for friends and self. Throw a party at least. One measure of desperation is assessing what you'd save in a disaster. If objects come to mind before family or neighbors, you are a sad recipient of human genes. Won't you strive to keep your species alive? Only how you act and what you do, not what you say and think, signify. Days that remain for mankind depend upon it.

Posted by Labann at 5:31 PM No comments: